Gilly & the Snowcats is the story of a young girl making the perilous journey into maturity and adulthood. This ~33,000-word story is for middle-grade and young adult readers in the adventure genre. Gillian Wells is a twelve-year old girl living in Anchorage, Alaska. Her father was a well-known dog musher who had raced in the Iditarod Dog Sled Race, but has retired from sled dog racing and sold his dogs. Gilly is especially inspired by the women Iditarod racers. When she discovers Freya, the Swedish goddess who traveled in a chariot pulled by felines, Gilly dreams of entering the Iditarod dogsled race on her own terms: competing with a team of cats!   To do so, she must endure and overcome the brutality of the Alaskan winter, savage beasts, and human evil in her journey through the Wilderness. Like Hushpuppy in Beasts of the Southern Wild, the brave mouse in The Tale of Despereaux, and Lyra in The Magic Compass, Gilly embarks on a quest that requires bravery, innovation, and endurance. Through a combination of serendipity and grit, Gilly assembles a motley team of devoted cats. But can she manage, against all odds, to complete the race, or even survive? With her parents on vacation she enters the race, but a succession of harrowing adventures soon follow. Confrontations with the brutal natural elements of a raging river, an Alaskan blizzard, a belligerent moose, a savage wolverine, Sable and her wolf pack, the supernatural Wendigo, the breaking ice floes of Norton Sound, a pod of killer whales, a gigantic polar bear, and Mean Zeke test Gilly and her team as they never imagined. When all seems lost, she is befriended by an Athabaskan shaman who provides her with a magic talisman that causes an amazing transformation to her feline friends. Near the end of the race, as they are overtaking Mean Zeke, the sun is rising and the magic begins to wane. Gilly too is transformed and emerges stronger and wiser after an Iditarod finish like no other.

Summary: Gilly & the Snowcats is the coming of age story about a courageous young woman seeking freedom and success on her own terms. 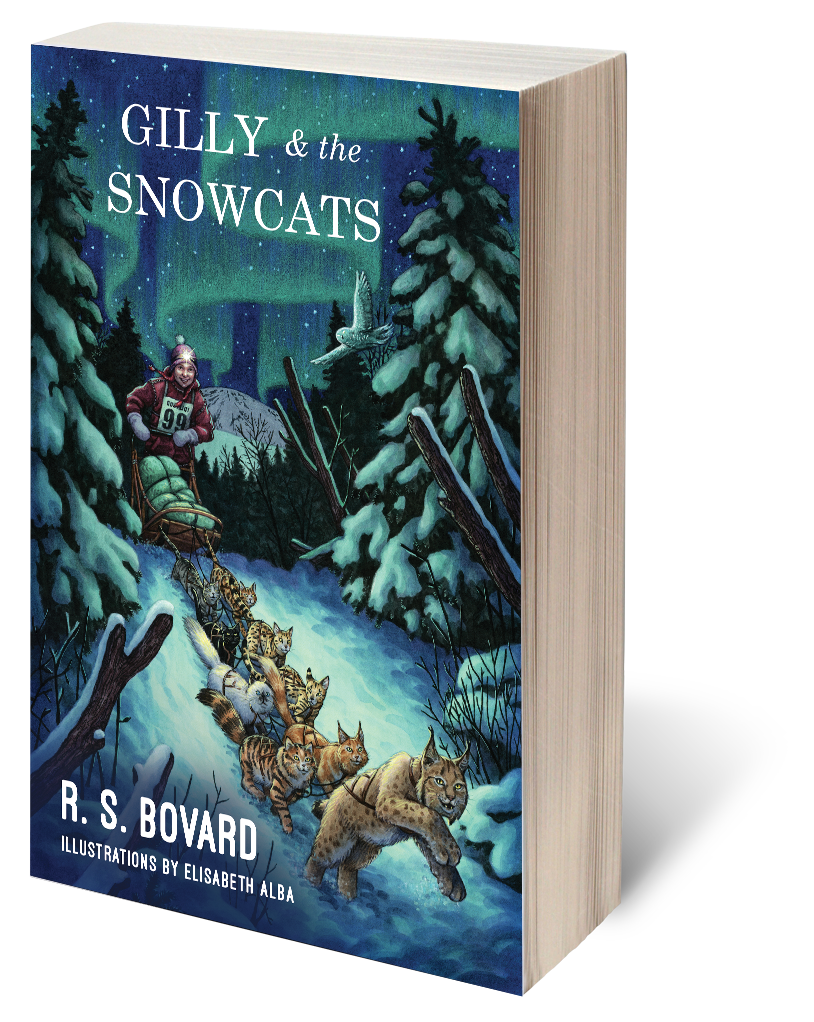